To the best of our knowledge, the Patriarch of the Huberman Family is Chaim Eliezer Huberman who lived in Koval, near Radom, Poland.

According to the late Henry Huberman of Miami Beach, Florida, his grandfather, Chaim, grew up in a family of farm labourers in approximately 1800.  He reported that the largest farm in Koval, near Radom, Poland, was owned by a German Gentile named Huberman who made Chaim his general forman and bestowed his family name to Chaim and his family.  This was not uncommon because Chaim's family lived on the Huberman farm and were indentified in the community as being "of the Hubermans".

3. Yaakov (Jakov, Yakob, Jacob)--The Father of Branislaw Huberman. For more information on the extraordinary life of Branislaw huberman, visit the website at
www.huberman.info.

4. Schmuel Mordechai--The Father of Morris Huberman and patriarch to the other Vancouver Hubermans

Motl was born in 1851 and died on September 15, 1915.  He lived in Radom, Poland.  He was known as Motl Melamed because he oversaw the local Cheder an was apparently much in demand as a teacher of Torah.  Melamed, means teacher.

Nathan (Nusyn) (born November 13, 1886) married Dora Weisman and their children are Max (born in Paris), Abe, Ben and Florence.  Of their children, only Ben is deceased. 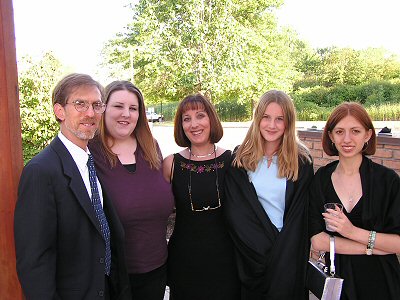 David married Sally Smith and their children are Alena and Ethan.

Rick married Milagros "Millie" Courejolles of Lima, Peru.  They have a son, Jeffrey.

Marilyn married (and later divorced) Richard Goldberg and their children are Garett & Darren.

Bella married Israel (Izzy) Stroff.  The had one daughter, Reggie Waldren who lives in New York

Madeline married LeRoy Lyon and their children are Michael and Jamie.  Michael married Stacey Burns on 5/29/04.

Mollie married Lenny Moscowitz and their children are Mark & Ruth.  Mollie died in 1994.  Mark is married to Jane ___________ and they have two children, Maya and Ethan who reside in Ashland, Oregon.

Renee married Ron Spitz and currently lives in New York City.  They have one child, Jason.

The Miriam Huberman Family
Miriam married Ovadia Citronoviich and they had five girls:

Mordechai married Sima ____________ and their children are Shlomo and  Zvi Papirblatt.

S Mordechai is the only survivor of the familu in Poland after two years in Auschwitz Concentration Camp.  He emigrated to Israel in 1946. Mordechai was raised by Baile Rosa.  As of October 2003, he was 80 years old and is married to Sima ____________.  They have two sons, Shlomo and Zvi who also live in Israel.

Shlomo is married to Evelyne_________ and they have two children, Lior (21) and Adi.  Shlomo is in the Israeli Military.  He is also a journalist, serving as the foreign edictor of the Israeli daily newspaper "Yedioth Aharonoth" and spent some years in Paris as a correspondent for this paper.  During this time, he developed a close relationship with Maurice Huberman.  Once a year, he also comes to the U.S. teaching journalism at Williams College in Williamstown, MA.

Bertica was born in Paris on May 1925 and emigrated to Cuba at age 2.  Alberto & Benjamin were born in Cuba and came to the U.S. 19 years later.

Bertha married Adolfo Odnopossof and their daughter is Alina.  Adolpho died in 1992.  Alina married Mark Heller and their children are Melissa, Ariel & Danya. 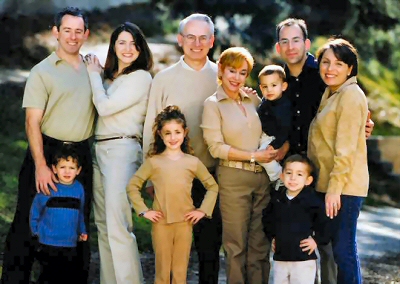 Jacob (Yakkov) Huberman lived in Tomashow, Poland.  This branch of the family seems rather small.  Jacob and his wife (name unknown) having had only three children: Bronislaw, Leopold and Stasha.

Bronislaw was born on December 19, 1882 in Czestochowa, Poland. and went on to become one of the most renowned violinists of his day and was a central figure in establishing  the Palestine Philharmonic Orchestra in Israel.  The main concert hall in Tel-Aviv is named after him, as is a nearby street, numerous music festivals and a world famous quartet.

Bronislaw married singer Elza Galafres on July 21, 1910 and they had only one son, Johannes, born December 1910.

Maurice Huberman of Paris, France served as Honorary Chairman of the Huberman International Committee (Pour l'illustration de lsrael Philharmonic Orchestra).  Our relationship to this branch of the family was confirmed to Jeffrey Huberman during a meeting with John in the late 1980's.   John was a professor at the University of British Columbia.   John has since passed away.

John married Barbara Pentland (a renouned composer) and they had a daughter, Joan.  Joan married Gordon Payne.  They later divorced.

Shmuel Mordechai lived in Lukov (Lukow), Poland and married twice.  He and his first wife (name unknown), had seven children:  Ynkel, Pesach, Meir, Pesa, Rachel, Tilla and Luba.    Much of the information about this branch of the family comes from Chaia Laist and her late parents, of Moseh Benei Atarot, IN Israel. The majority of the descendants now make their homes in Israel.

Shmuel Mordechai and his second wife, Channa Nirembert, had five children (Liebische,  Chiel, Pinye, Moishe and Rifka.  Pinye and Moishe left Poland in the late 1920's and 1930.  Leibishe's children, Shmuel and Lola. survived the war, but Shmuel Mordehai's other children and descendant's will not.  The descendants of Shmuel Moredechai's second marriage make their homes in Canada and the United States.